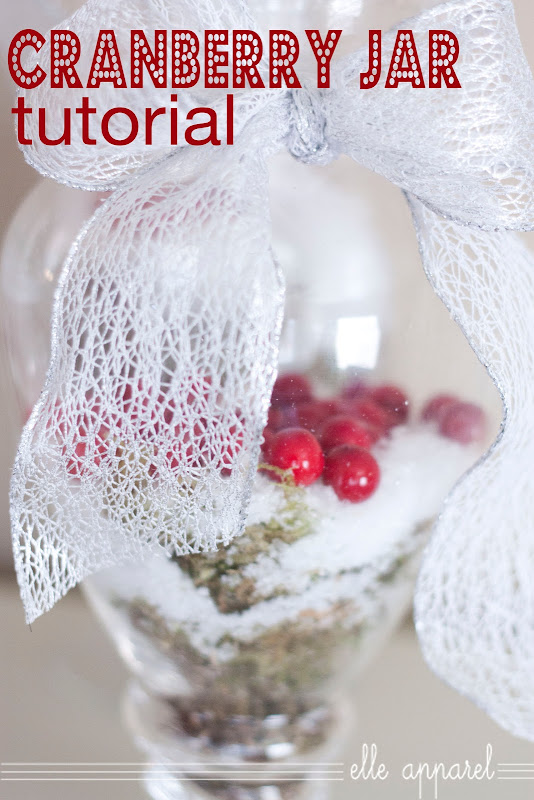 I feel slightly silly even calling this one a tutorial because it is so easy.  I love changing out my apothecary jars as the seasons change.  I filled these babies like this for Christmas a few years ago and decided to do it again this year and use up the rest of the supplies I had on hand. 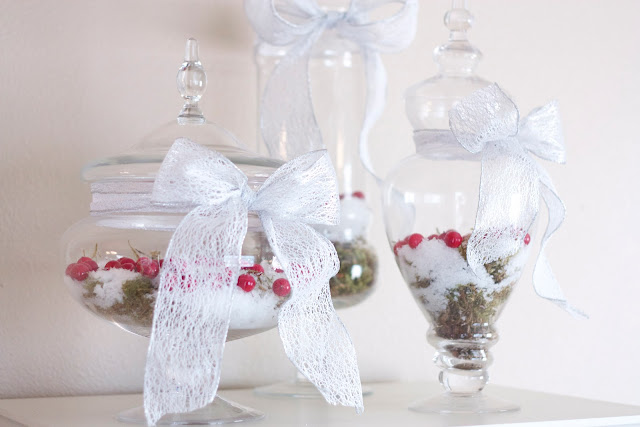 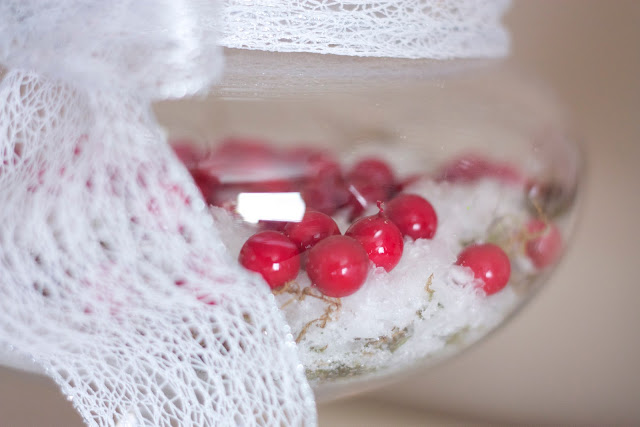 Just pick up a few clear glass jars….
I picked up mine from Home Goods ages ago. 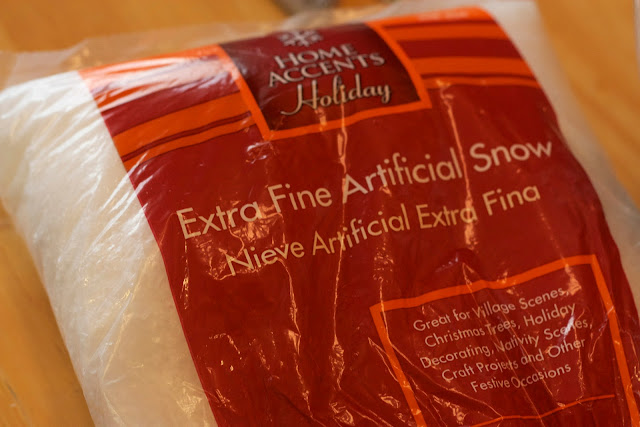 artificial snow…..
I like the extra fine because it looks more realistic. 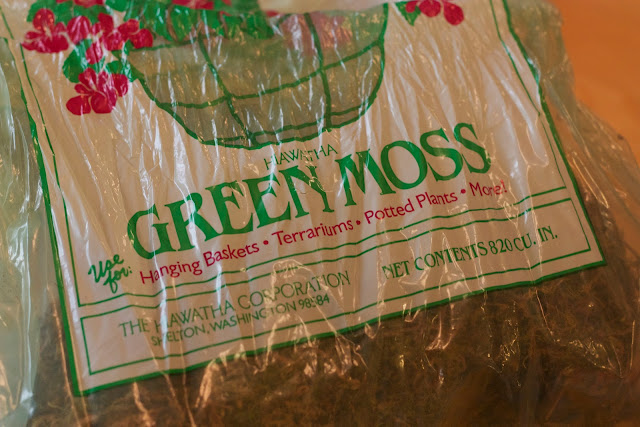 some green moss….
I believe I got this bag at Michaels. 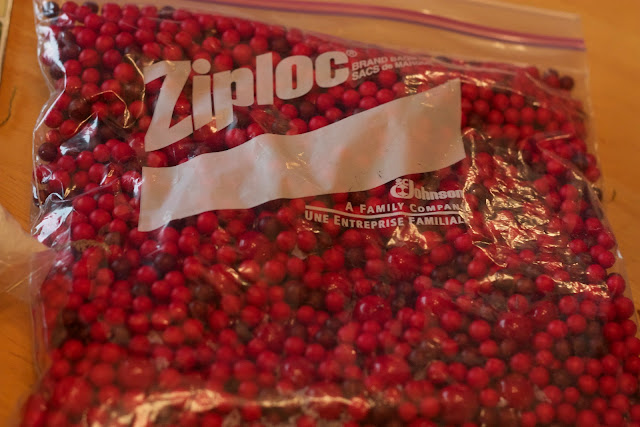 and some form of red balls or cranberries.
I grabbed a handful of the fake cranberry bunches in the floral section of Michaels and just cut off each cranberry. Tai Pan also carries these small red balls if you like that effect better. 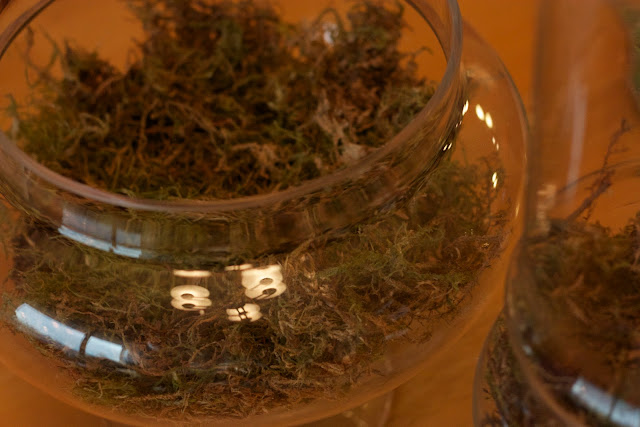 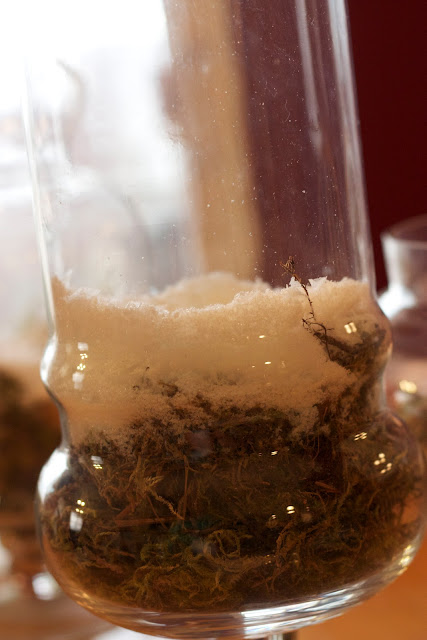 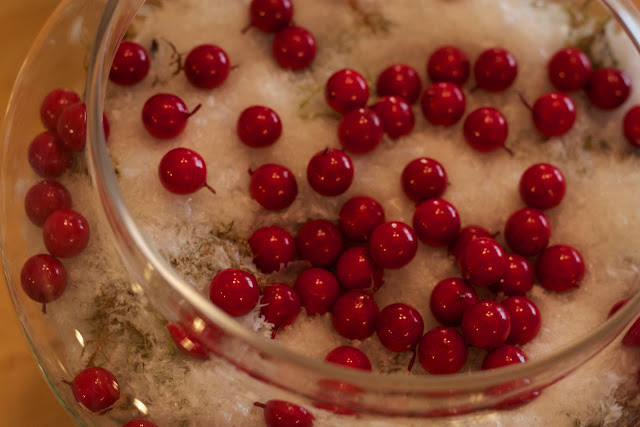 It’s pretty messy, so plan on vacuuming once you are done.  And the moss is quite shtinky.  But it’s a quick easy touch that I tend to keep up through all of January (partially because I don’t feel like it’s too Christmasy, partially because I’m lazy).  These would also be really cute on a smaller scale grouped together in mason jars. 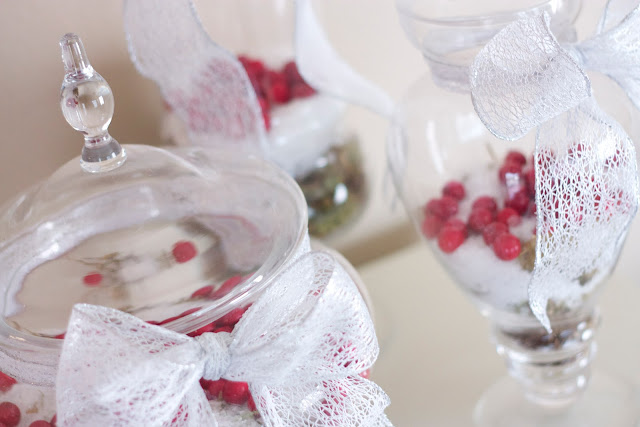