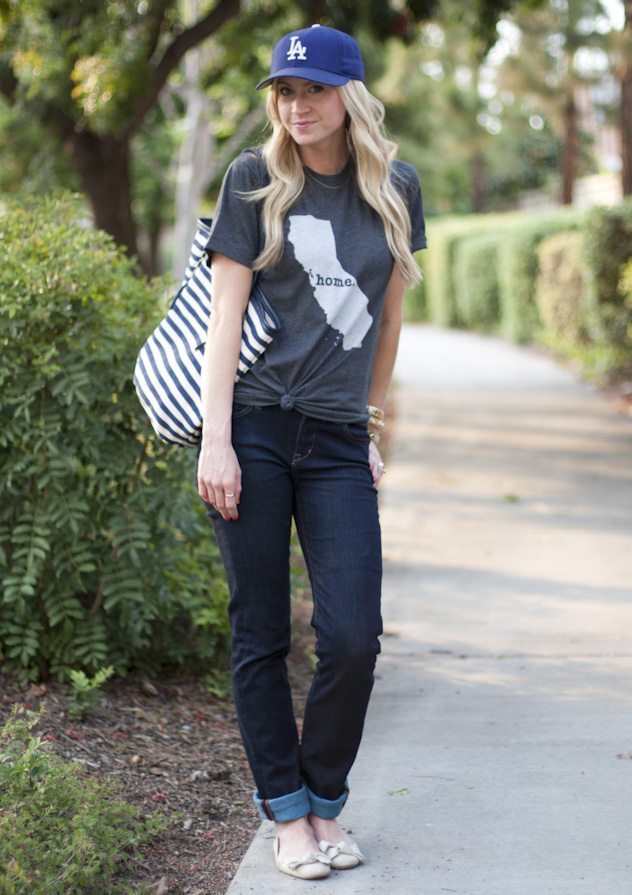 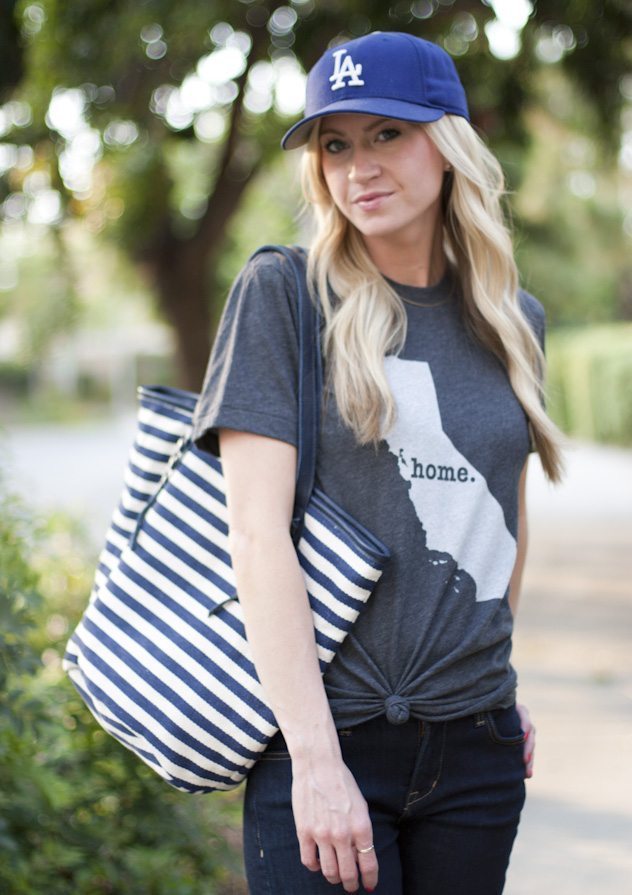 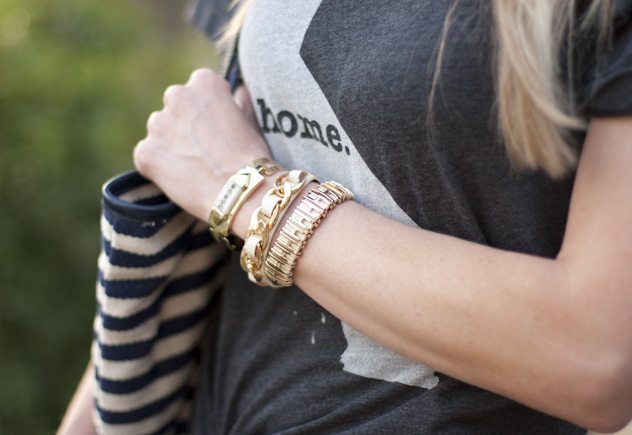 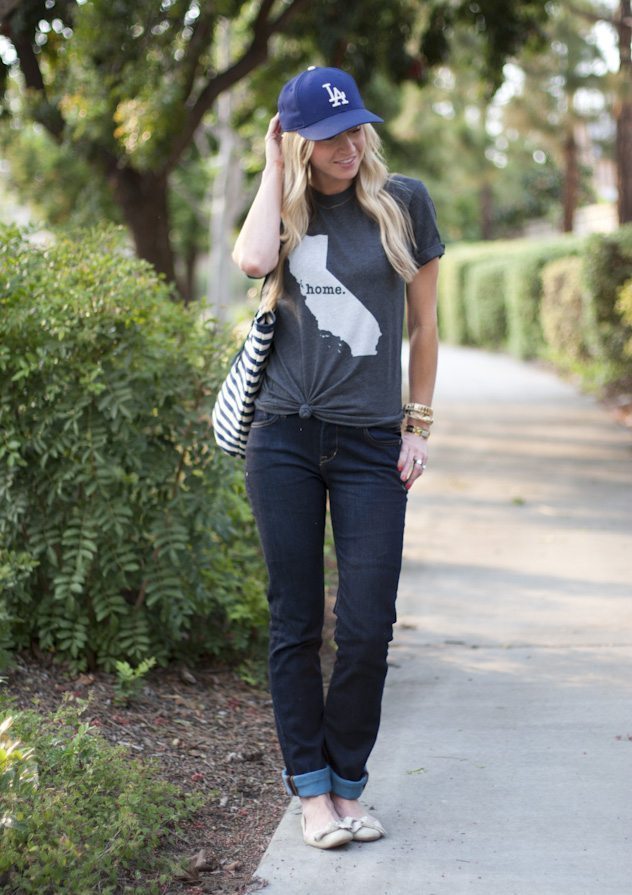 top: The Home. T c/o, pants: Fidelity c/o (in the Hampton rinse), shoes: Steve Madden (similar), Bag: Massi c/o, hat: husband’s, Jewelry: INPINK (similar) c/o, Jewelmint c/o, necklace: Maya Brenner c/o
We did it.  We made the move to California.  Not just temporarily for an internship like the last two summers, but for a real, live, J.O.B.  The hubs and I are both from here (same city…same high school….each other’s prom dates, you know the drill), so we have been dreaming about ending up in Southern California since forever.  We were welcomed home by these lovely fires.  But other than that, we can already tell we are going to love it here.  California has always been home.  And I do believe this tee sums it up quite nicely.
(It is also the most comfy slash soft thing ever, and a portion of the profits are donated to multiple sclerosis research.)
But there is this twinge of sadness knowing we won’t be making that drive back to Utah once the summer is over.  I think back to the many moons I spent living there, and it really became my home.  Some of my favorite parts of good old Utah can be summed up in this list:
Share
Leave A Comment
Share The Post
Join the Conversation
Explore more
Family