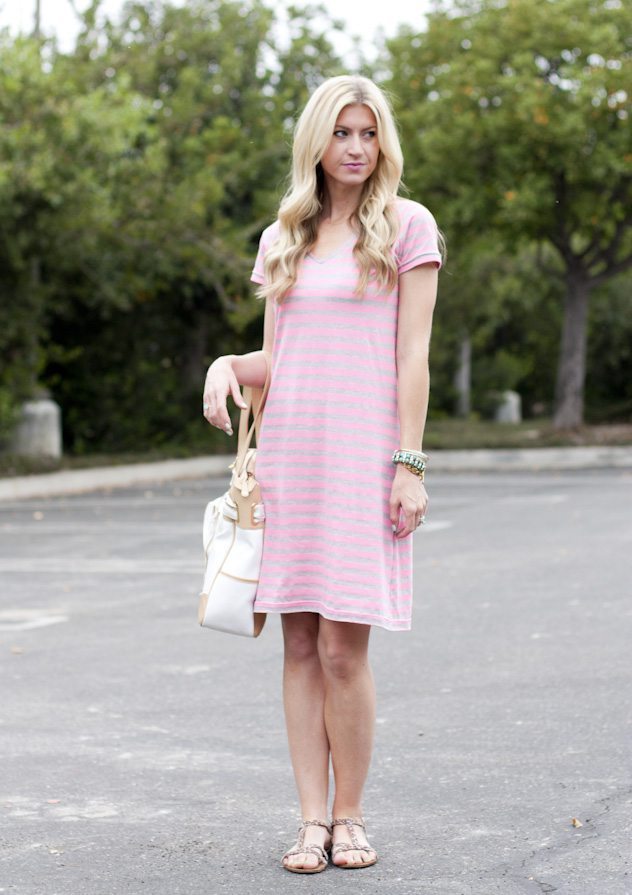 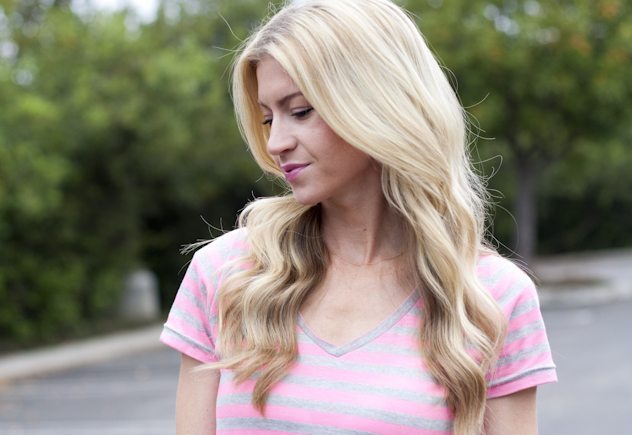 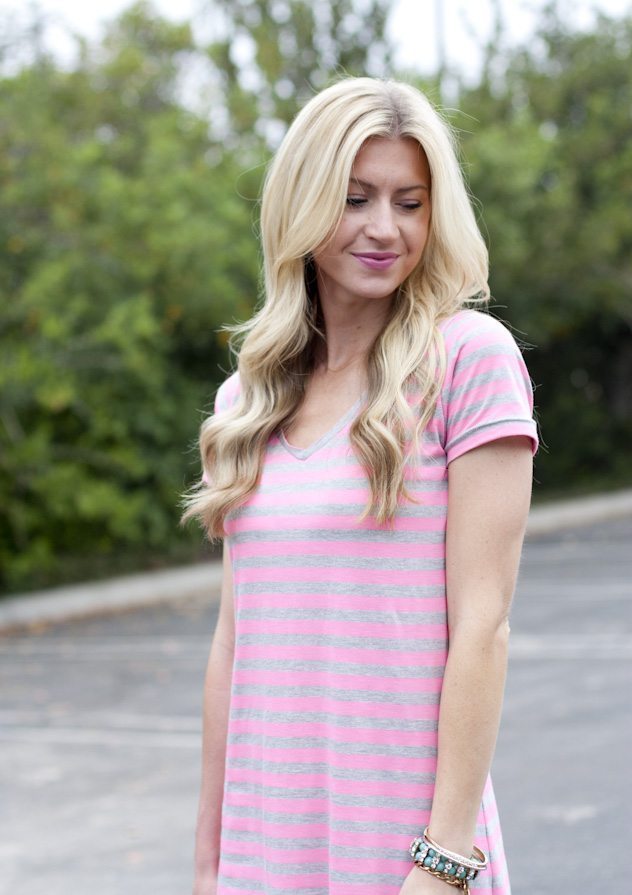 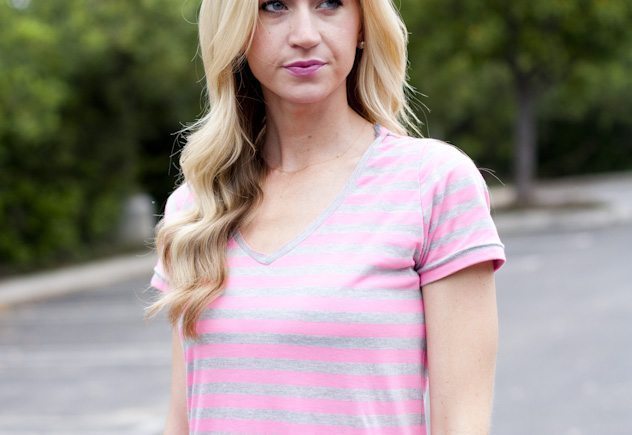 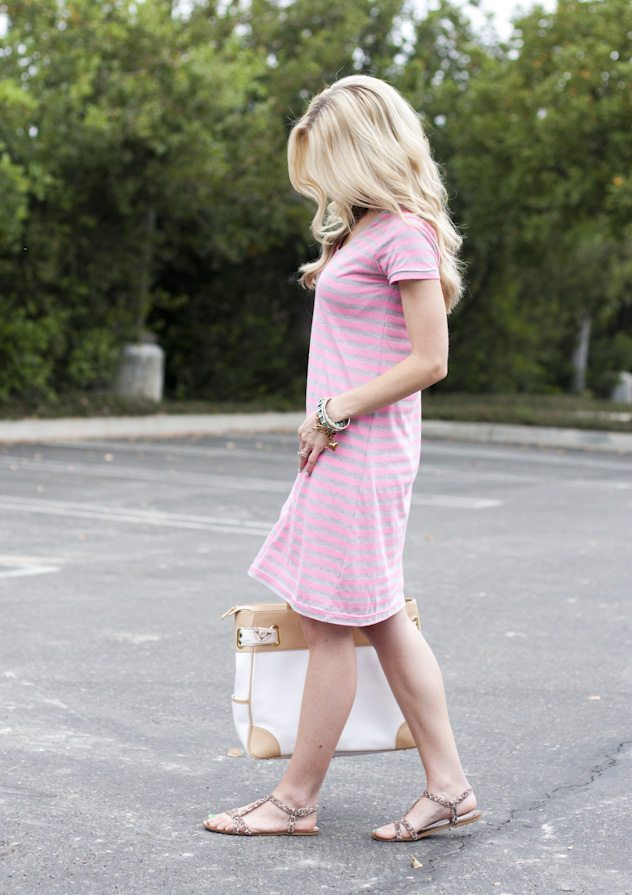 Dress: me (tutorial tomorrow!), Shoes: Old Navy, Bag: Parazul, Jewelry: Juicy, J.Crew, Wild About Jewelry c/o, Lipstick: Revlon Lip Butter ‘Sweet Tart‘
I have been living in this dress since the day I created it (no joke.  I snipped the hem threads and popped this baby right on).  Its great because you get the feminine feel of a dress, but the loose fit keeps it casual enough for the grocery store.  Or the ER.  Or more specifically, it can take you from the grocery store to the ER.  Which was the route that I took last week.  I replay seeing Bradley fall backwards out of the shopping cart and onto his head multiple times a day.  I can still hear the sound of his head on the hard floor.  It was awful.  awful.  I dropped to the ground and held him and rocked back and forth trying to figure out what in the world to do.  The workers and shoppers around me kept asking if they could help, but the damage had been done.  I balanced Bradley on one hip and Cash on the other, threw my purse around my neck and high-tailed it to the car leaving my shopping cart full of that night’s street taco ingredients behind.
Over to the house for a quick assessment with Garrett.  When he started throwing up shortly after, we sped off to the ER, trying to keep him awake.  I wasn’t sure if I should swear or pray (pretty sure I did a mixture of both).  We ran into the ER with our boy limp and soaked with vomit.  About five minutes later Bradley was changed into a tiny hospital gown and was being wheeled down the hall for a CT scan.  Garrett had a few quick minutes to lay his hands on his head and give him a short and beautiful priesthood blessing.  I held his tiny hand and ran alongside his moving bed squeezing his hand 3 times over and over (our “I love you” secret code).  After the scan and a brief wait, the Doctor confirmed that there was no internal bleeding and that it was just a bad concussion.  It was like my mind finally grasped how much worse it could have been.  Thankful and relieved are two words that don’t come close to describing the feelings that we felt then.
Then two days later, Cash climbed onto the toilet for the 5th time in a row, grabbed my hot curling iron (I was literally 6 inches away….he’s a MacGyver, that one) and did this.  After that week I’m not quite sure how much more trauma this momma heart can bear.  They are both pretty much healed by now, but I’m crossing my fingers that my accident quota has been hit for this quarter.
check back tomorrow for a tutorial on this dress!
Share
Leave A Comment
Share The Post
Join the Conversation
Explore more
Beauty

Getting Fit…(and a giveaway that gets you halfway there)