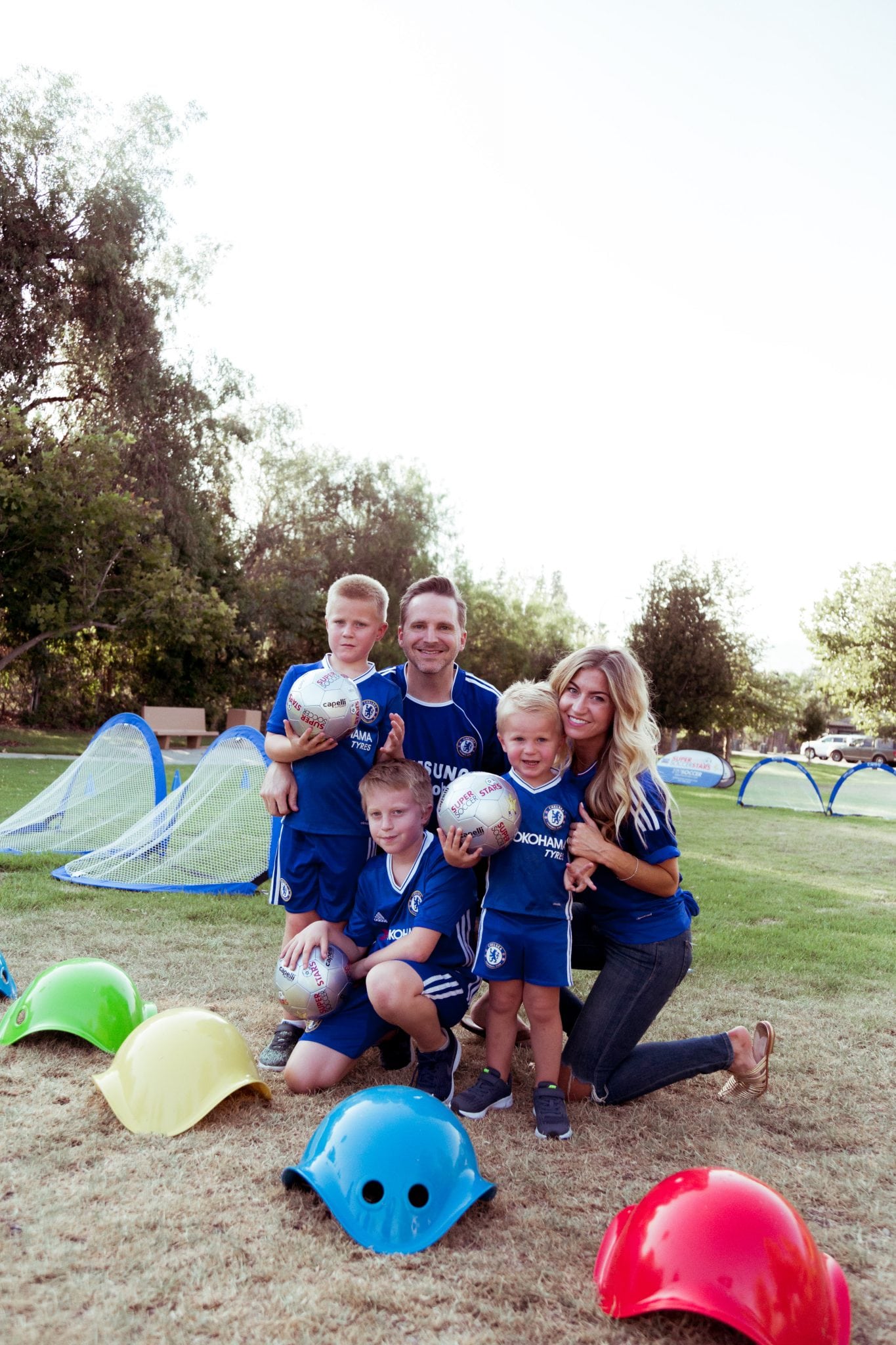 If you follow along my my insta stories you have most likely seen Eli running around in a Chelsea English premier league soccer uniform on. The kid is obsessed. Garrett fell in love with Chelsea soccer years ago and when we were in London last year we got to attend a Chelsea game and it was preeeetty much one of the highlights of his life.

We bought all the boys Chelsea jerseys there and Eli just absolutly fell in love with it. Not just the jersey..the team. He will get up early with Garrett and watch their 5am soccer games. He know all the cheers for soccer and insists on us singing the Chelsea theme song as his bedtime song every night.

So when Super Soccer Stars reached out to me to see if we were interested in having them host a Chelsea soccer birthday party we jumped at the chance! Super Soccer Stars is a soccer program located all over California, Texas, Chicago, Florida, etc  that teach kids as young as 12 months soccer skills. They offer group classes, summer camps, and can host birthday parties! Also, they can cater the birthday to party to any theme you would like. They have done parties with themes such as superheroes, Peppa the Pig, and Tonka Trucks, etc. Frankly, we loved the idea of a Chelsea themed soccer party! 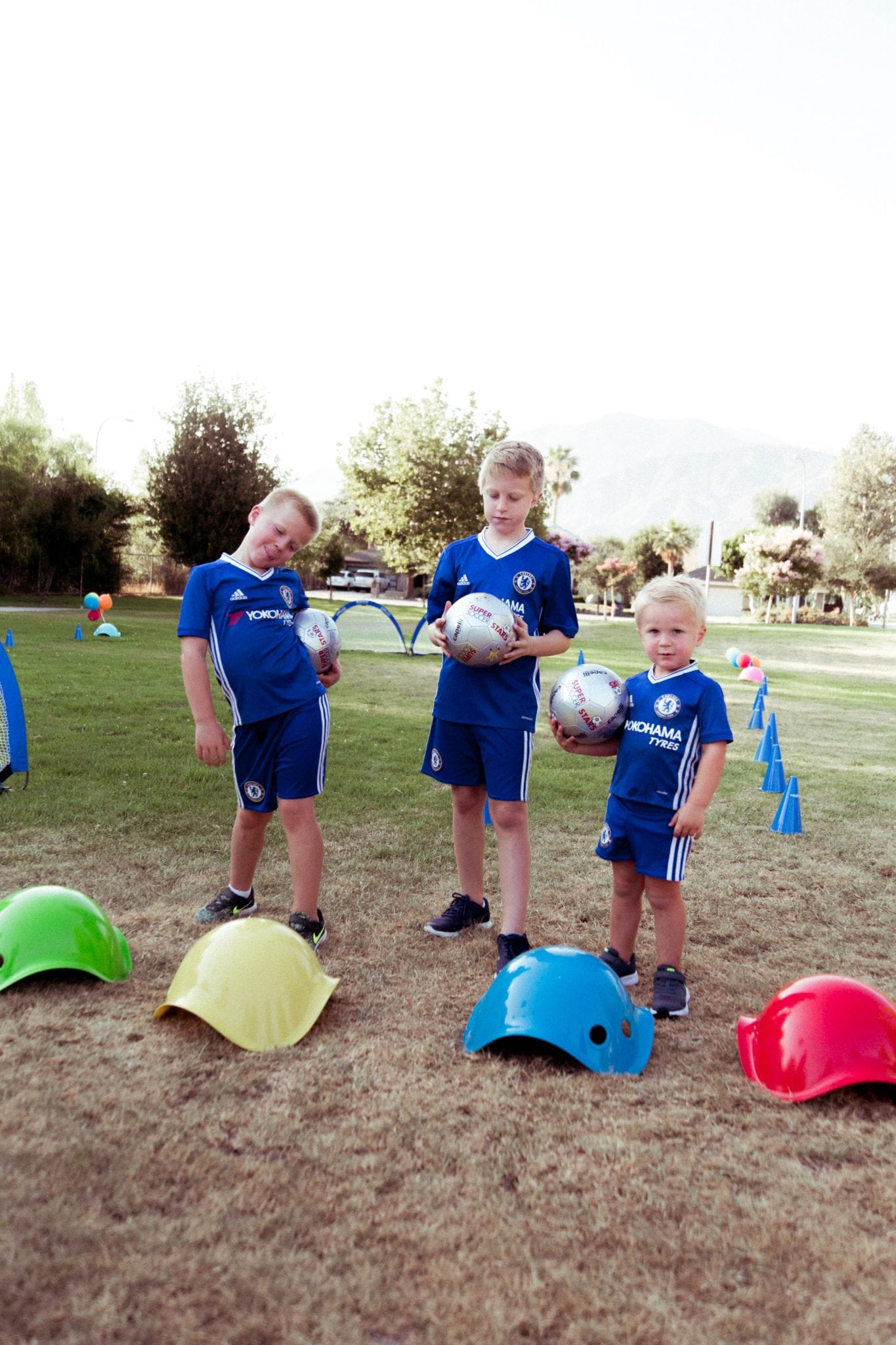 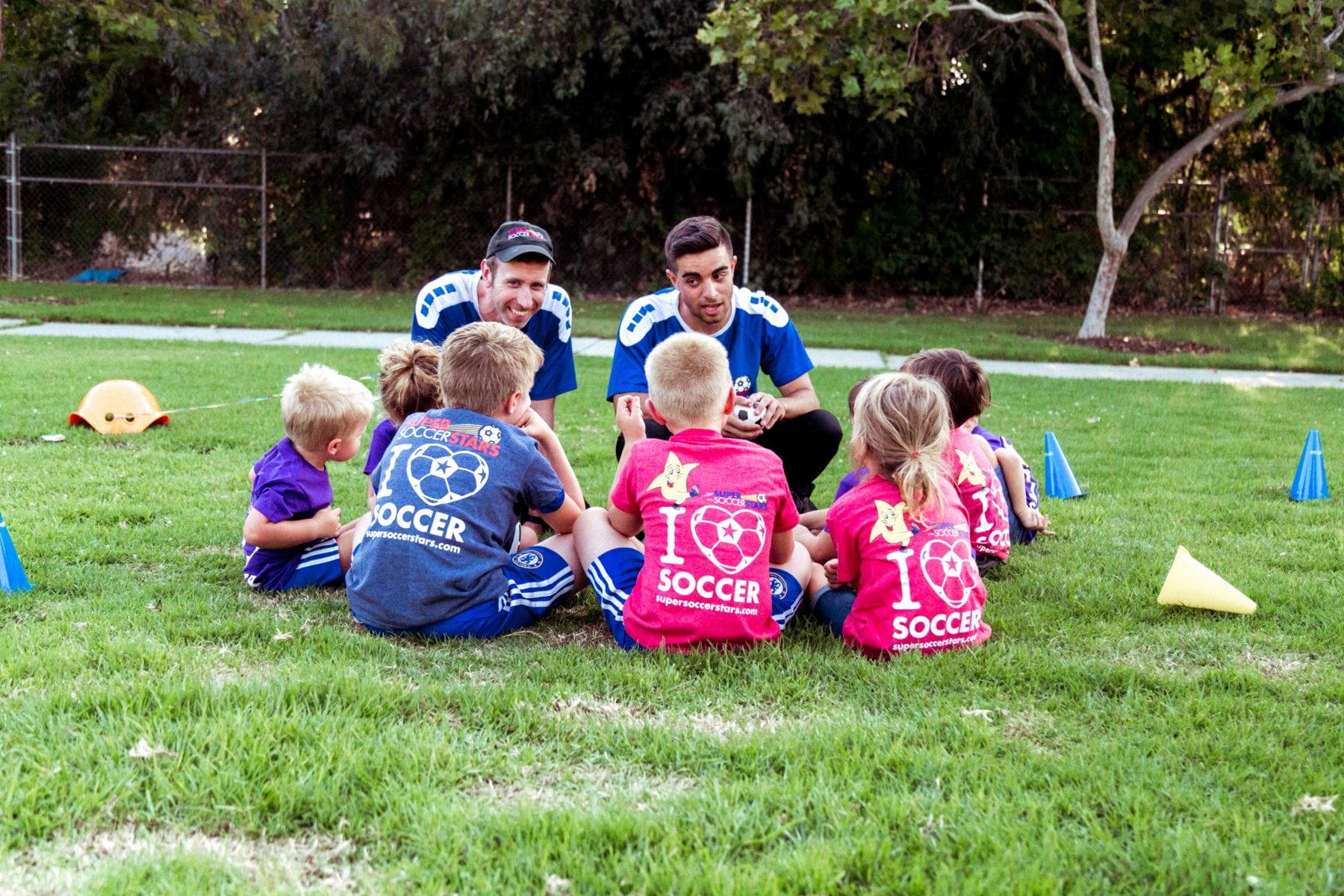 Honestly, they were so easy to work with for Eli’s party. They arranged with the city to have the party at a park that was close and convenient for us. All we had to do was show up! When we got to the park, there were 3 Super Soccer Stars coaches there all in Chelsea blue uniforms. Also, they had obstacle courses and soccer goals all set up with balloons and banners all catered to a Chelsea soccer theme.

I think the thing that most impressed me with the coaches was how great they were with kids of all ages. We had 15 kids there between the ages of 2-10. Every child got a shirt based on their age. Also, they separated them into groups and ran drills and played games that worked with each age range. The coaches were very knowledgeable of the game and made it so fun for the kids and easy for them to understand. Eli felt so special! 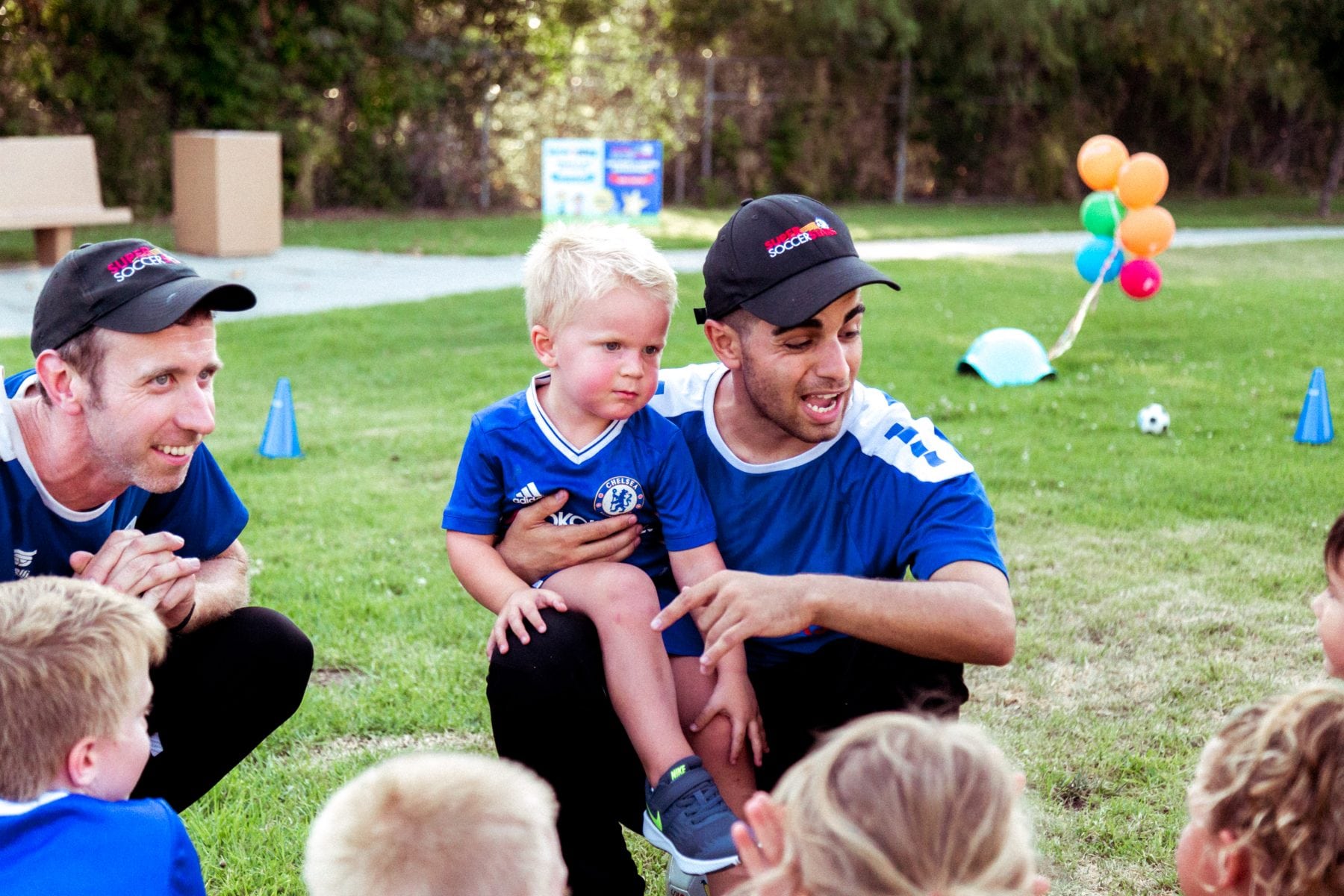 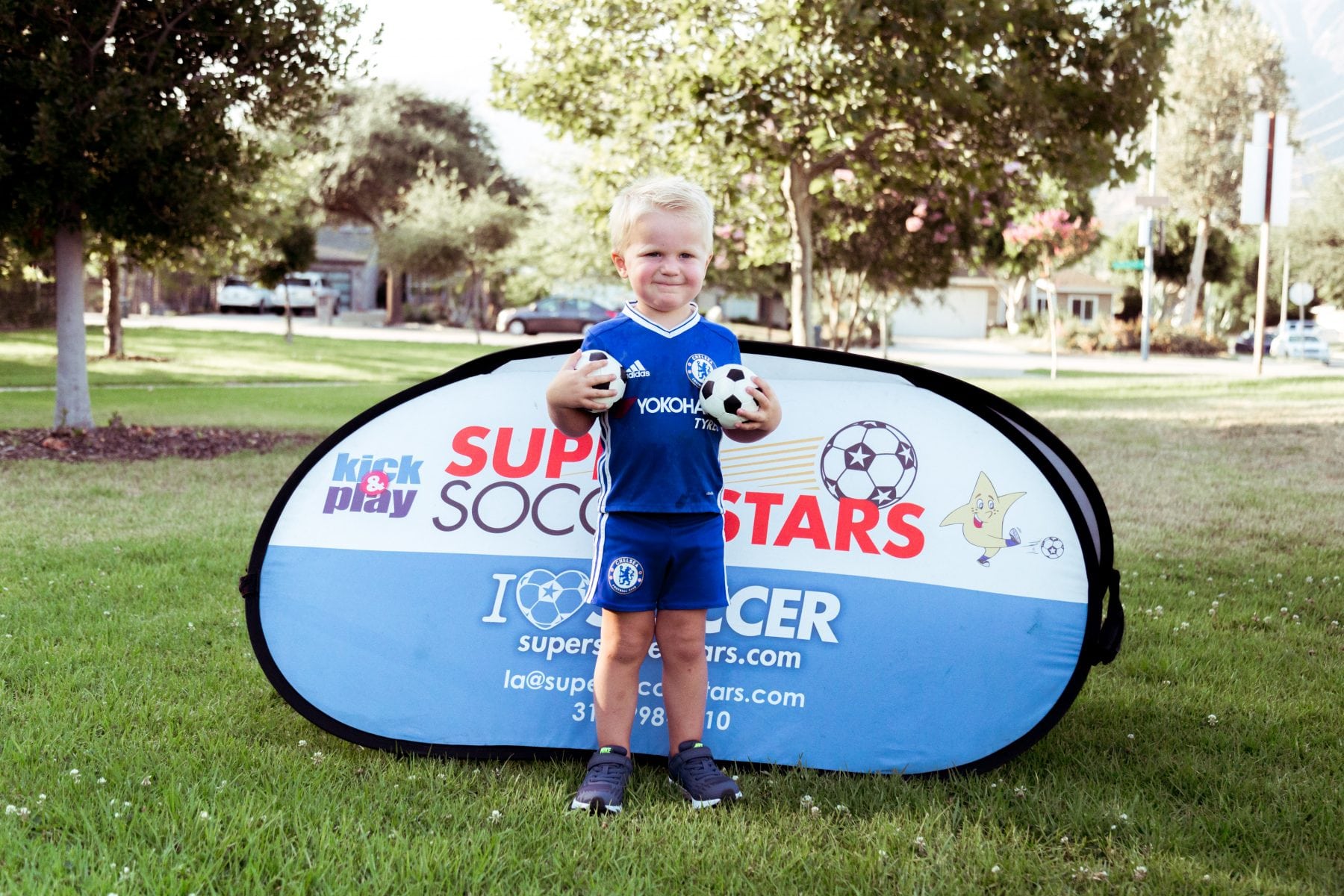 They ran drills and played with the kids for a little over an hour. All the parents got to sit and chat on the sidelines. It was honestly the most hassle free party I have ever thrown. Every child left with a t-shirt, and they gave Eli a soccer kit with his own ball and water bottle. 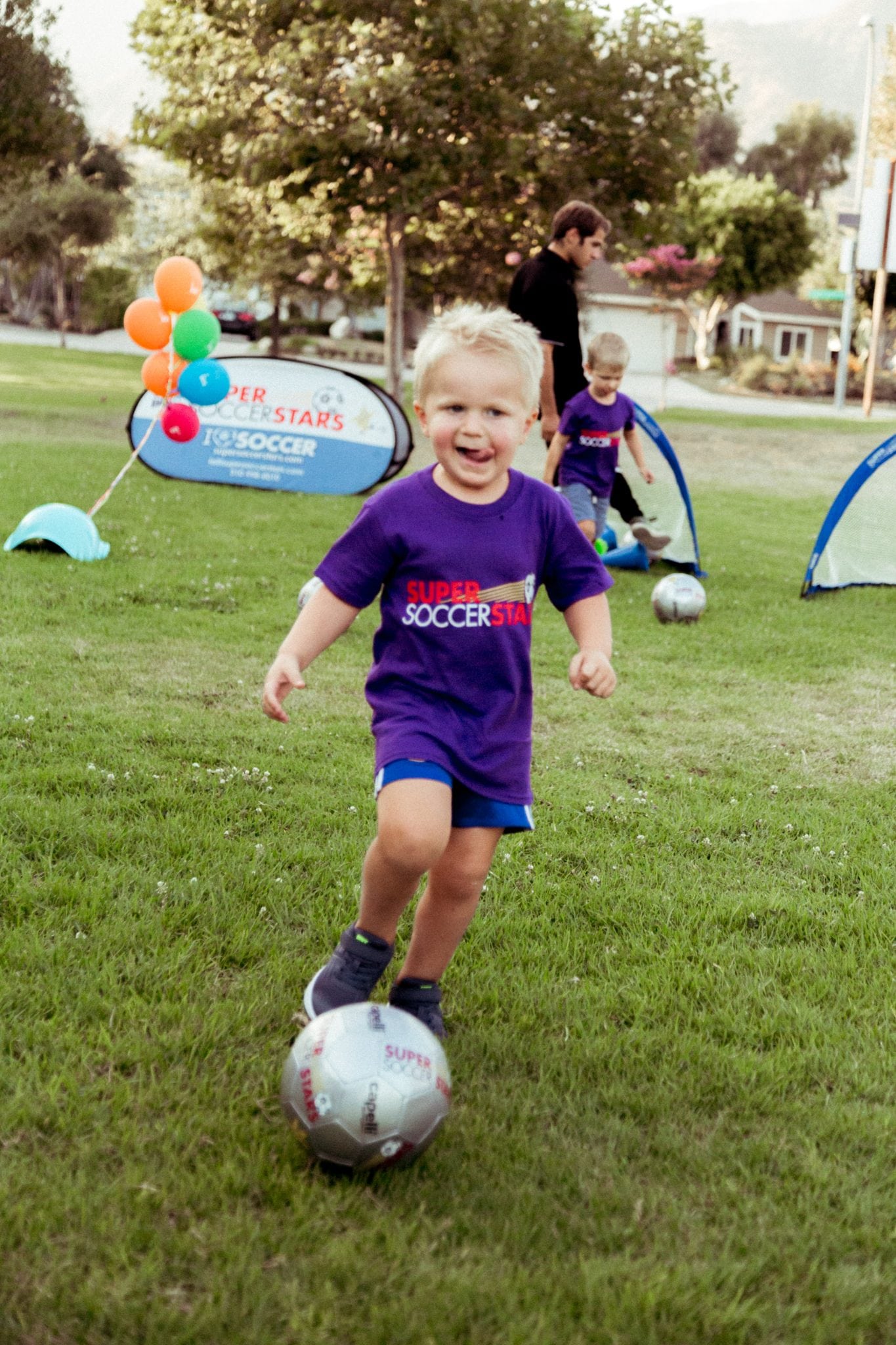 Because Eli loves soccer so much at such a young age, I would love to get him signed up for classes with Super Soccer Stars. I really think he would love playing soccer regularly and I would love him to be coached by a soccer organization that really knows the game and can teach him skills according to his age.

Super Soccer Stars was generous enough to offer a $20 discount code for any of their classes or party options! Just use the code: ELIBDAY at checkout. Take a look at their locations to see if there is one near you!